This page is dedicated to information, images, articles about the Devonport Bluff rock incisions

These rock incisions, that surround TIAGARRA, have been the subject of episodic debate as to whether all, some or none are petroglyphs created by Aboriginal people, or are some natural incisions that were further worked into/extended by Aboriginal people, or whether some/all were completely naturally formed.
It would be useful, given contemporary technology, to undertake a new project to ascertain the natural/human creation of these forms, for example in a partnership project with an institution with relevant expertise and scanning equipment, particularly because these markings are  becoming less distinct over time, from weathering.
Whether these were made or modified by Aboriginal people or not they are sufficiently memorable and captivating in form to have held cultural significance for people in the past, as they do in the present.
Devonport schoolteacher Archibald Meston published, in 1931, the first article on these incisions, with photographs of the marked rock surfaces he 'found'.  Meston's article is provided here below  - with other Petroglyph debate articles to also ideally be uploaded - please make contact with any articles you can email for upload
Visitors continue to regularly visit the Bluff to view them, and in doing so recognise the cultural richness of this mesmeric place.
This ancient peninsula is surprisingly close to Devonport CBD, yet rich in birdlife, while also sustaining a small group of local wallabies. It clearly was an important living place for Aboriginal people in the past, and local Aboriginal people today continue to value its specific cultural and natural land and coastal-sea scapes. 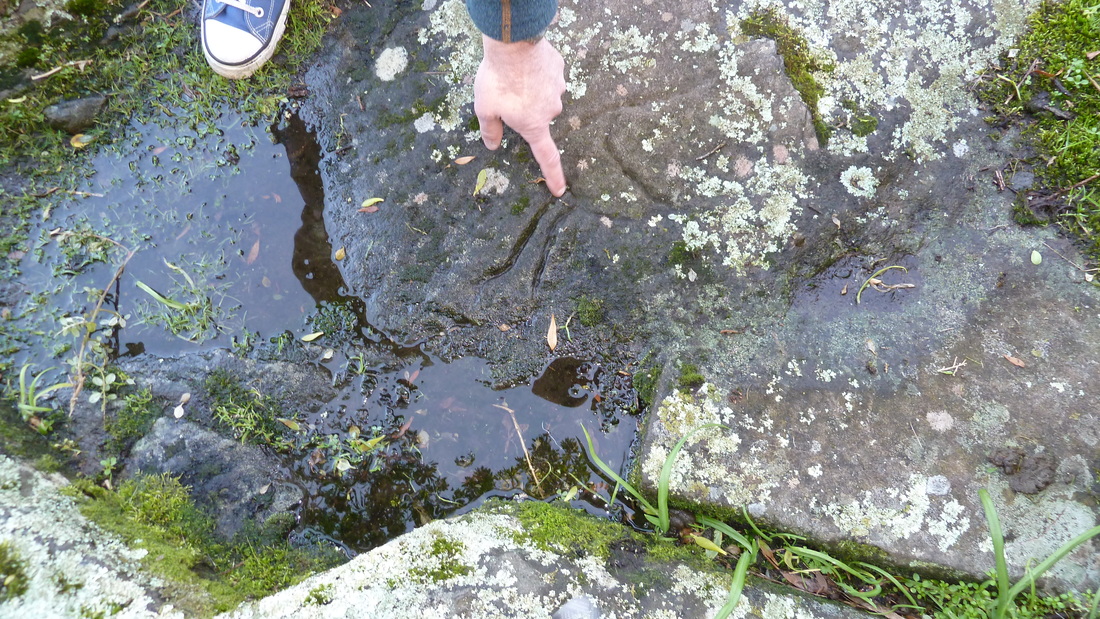 The emu in July 2015
Senator Neville Bonner inspecting the designs on a visit to the
Devonport Bluff in 1975 while Tiagarra was under construction.
(below) Rock designs at Devonport Bluff (found online) (please make contact if you have more images to share): 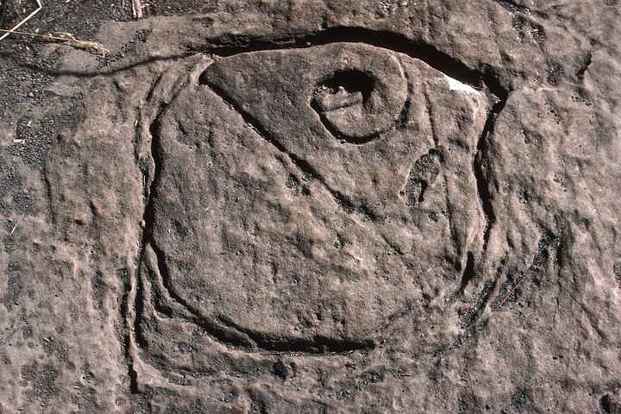 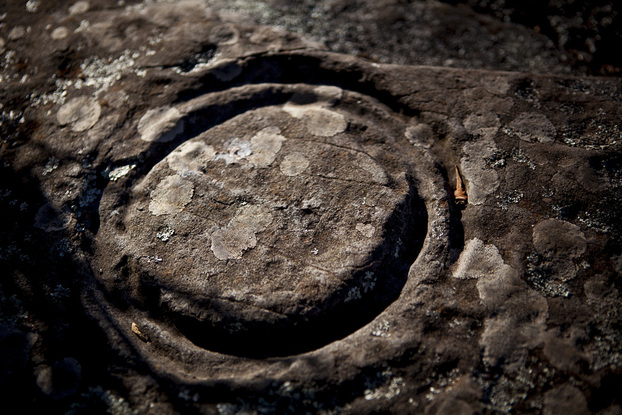 .... "Over the years, the Mersey Bluff site has been visited by many people, and the history of the site is now documented in an audit commissioned by the local Mersey Leven Aboriginal Corporation (Sims 2008b) [82].
Some academics have attempted to refute the anthropogenic origin of these rock markings (Scott 1931; Murray 1980) [58,73], but their views have not swayed local Aboriginal people from considering this a most significant cultural place. An investigation by a consulting geologist in 2008 concluded that the “rock markings currently on view at Mersey Bluff are in most instances clearly superimposed on, and incised through these natural discontinuities in the Jurassic dolerite. An anthropogenic origin for the rock markings cannot reasonably be discounted based on geological evidence” (Evans 2008) [30].
Samantha Higgs, an archaeologist, concluded that “one circular shape in particular (Figure 16) was the most convincing of cultural origin, and that part of some of the shallower markings have been added to existing natural markings by humans to create an image”. Whilst she did not discount that the markings did or do not have cultural significance to the local indigenous people, she did recall that, in Western Australia, she had “observed engravings that mimic fossils on the same rock outcropping, noting that the Traditional Owners there do not appear to distinguish between them in terms of meaning or significance” (Higgs 2009) [40].
My own theory is that the rock “engravings” may have been made when the rocks were “soft”, not in the Dreamtime, but during a period of natural decomposition of the dolerite. During some fieldwork in 1974, I observed that where the surface of dolerite is below ground level, it often appears to have “decomposed” in places, sometimes to the point where it can easily be marked with a sharp rock or even a pointed stick. Upon sustained exposure to air and the elements, the “soft” rock surface hardens. It would be good to see some work undertaken to progress this line of inquiry.
The popularity of the whole of the Bluff site inspires ongoing debate about Tasmanian rock art, its meanings and its preservation. The Bluff is a dominant feature of the coastal landscape overlooking Bass Strait, with extensive views along the northern coastline to the east and west. As such, it is a strategic communication location with views stretching far into the hinterland and towards the high mountain country, near to freshwater with the remains of an ancient midden, an ochre outcrop, stone tool-making deposits, and with safe beaches of pebbles and sand on both sides. The deep waters off the rocky headland are still regularly fished for its abundant marine life, including abalone.
The Mersey Bluff has strong cultural significance to the local Six Rivers Aboriginal Corporation who operate Tiagarra, an Aboriginal “keeping place” and cultural centre nearby. During its official opening in 1976 by the then Governor of South Australia, the late Sir Douglas Nicholls KCVO OBE JP who was himself a Victorian Yorta Yorta Aboriginal Elder, I listened intently as he shared with us his childhood memory of seeing an outline of a whale on a rock at the Mersey Bluff. To him too, this was definitely a “very special place” (Nicholls 1976) [61].
Realising the significance of the Bluff to the local Aboriginal people, the local Devonport Council has taken measures for its protection, and the area is well respected by the wider community. Some of the rock markings are linked to a scenic walkway on the Mersey Bluff headland (Figure 17) which is used for Aboriginal cultural heritage interpretation and as a local tourist feature (Sims 2008b) [82]."

Meston, Archibald Lawrence (1931) Aboriginal rock-carvings on the north-west coast of Tasmania. Papers and Proceedings of the Royal Society of Tasmania. pp. 12-19. ISSN 0080-4703 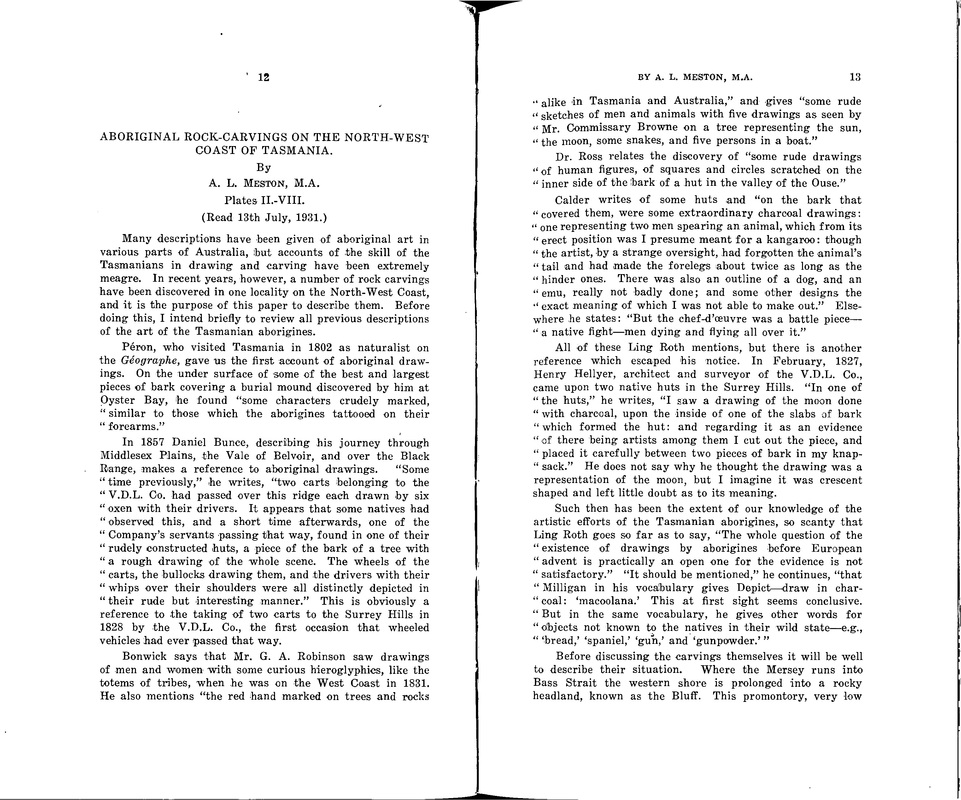 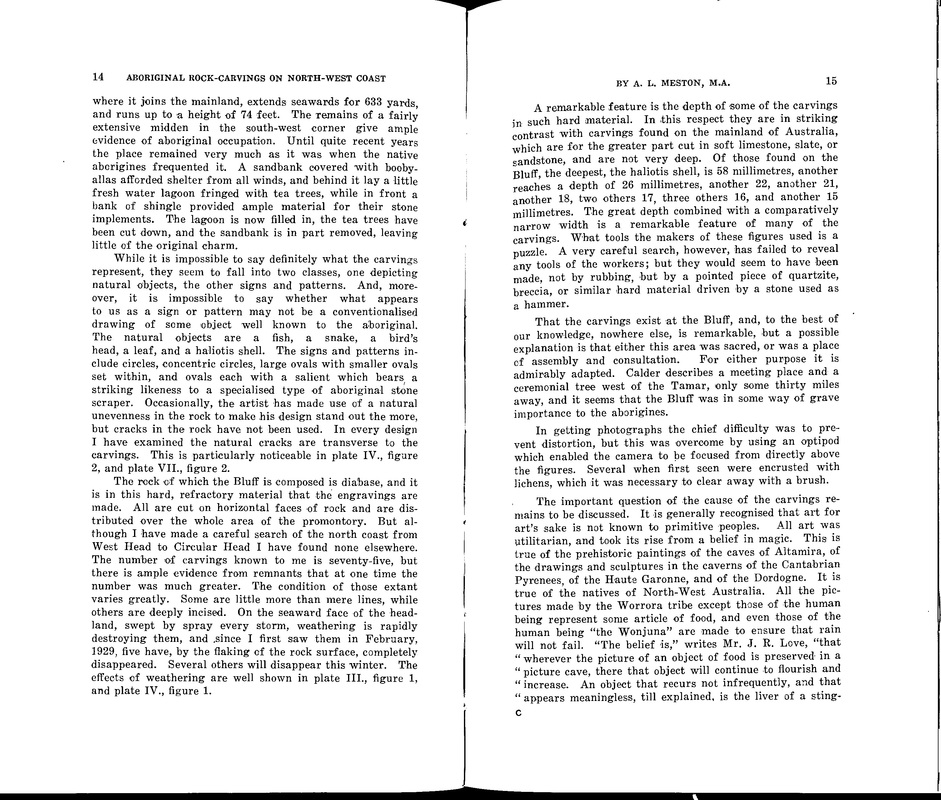 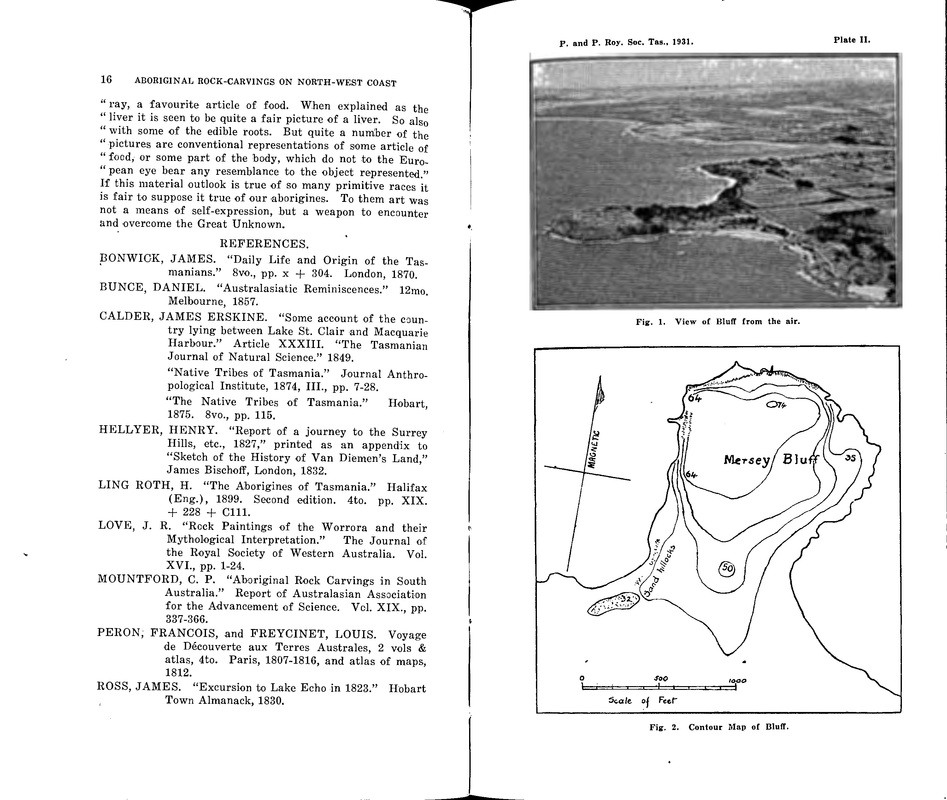 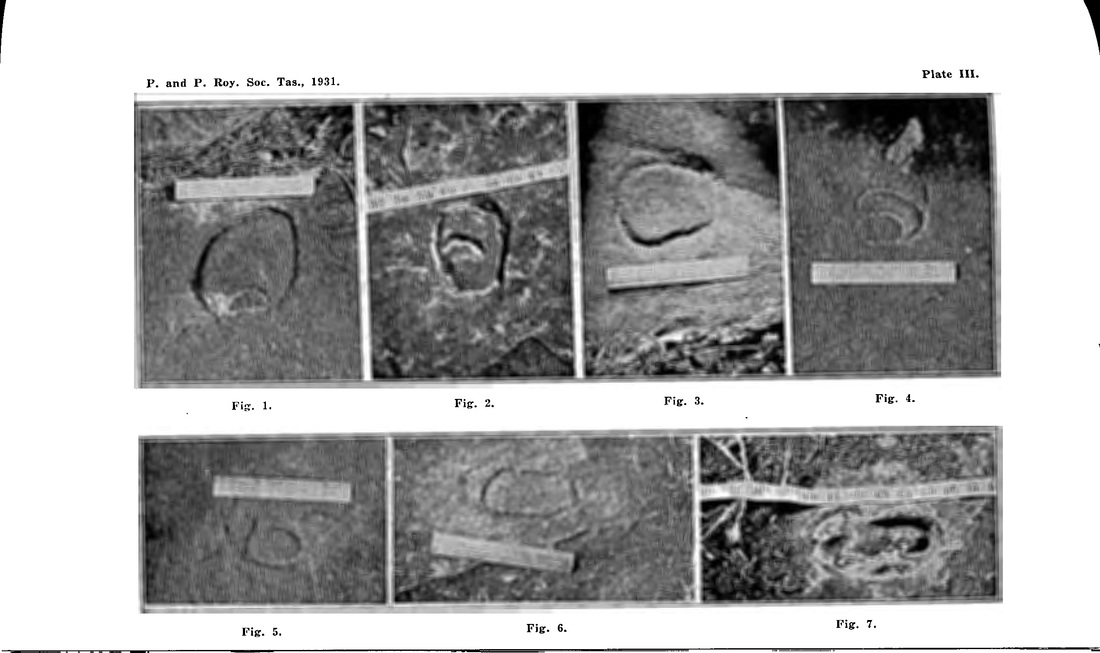 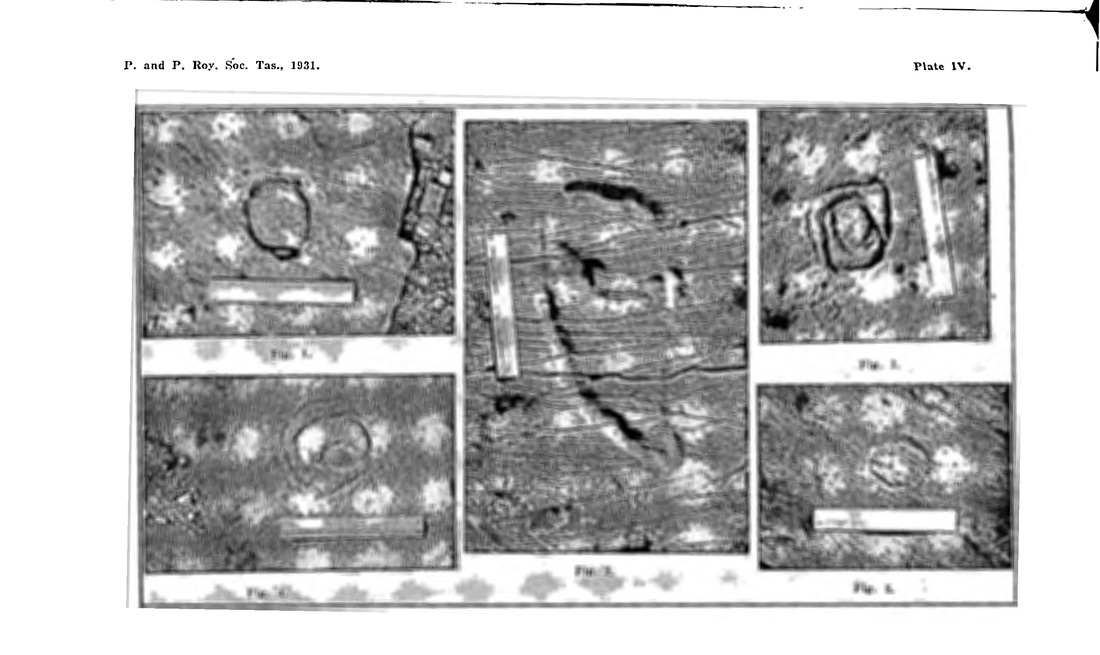 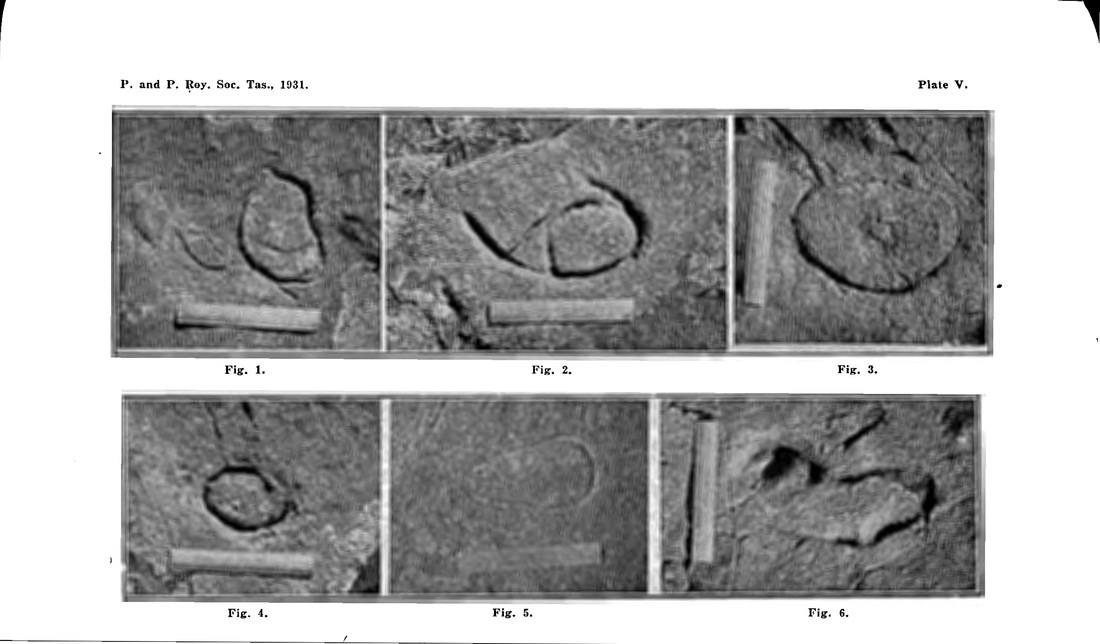 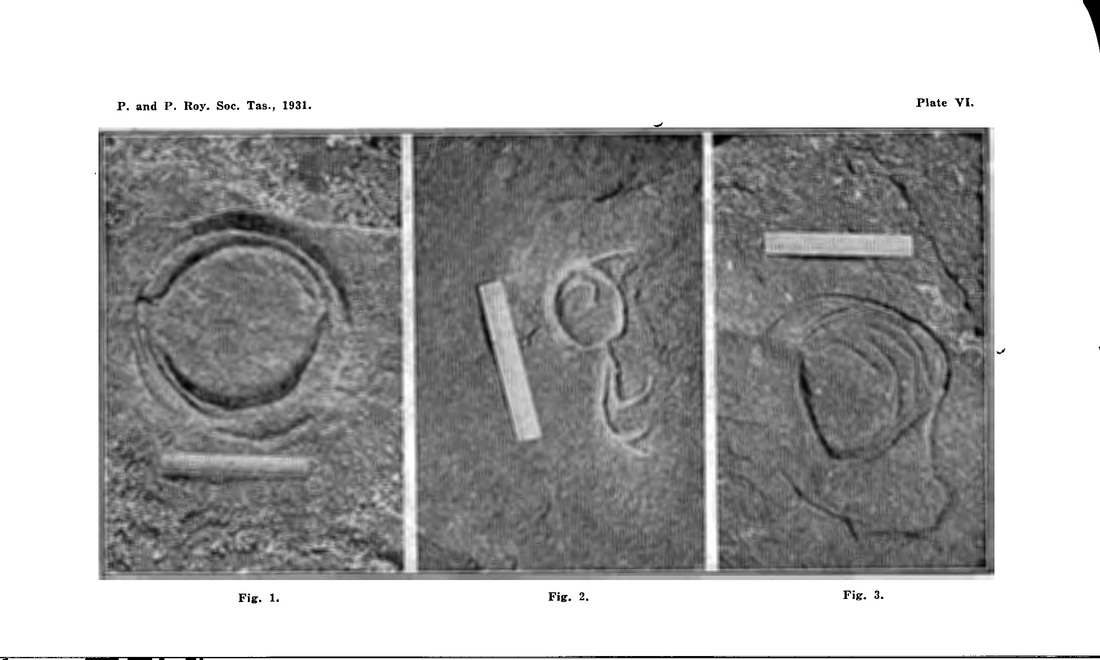 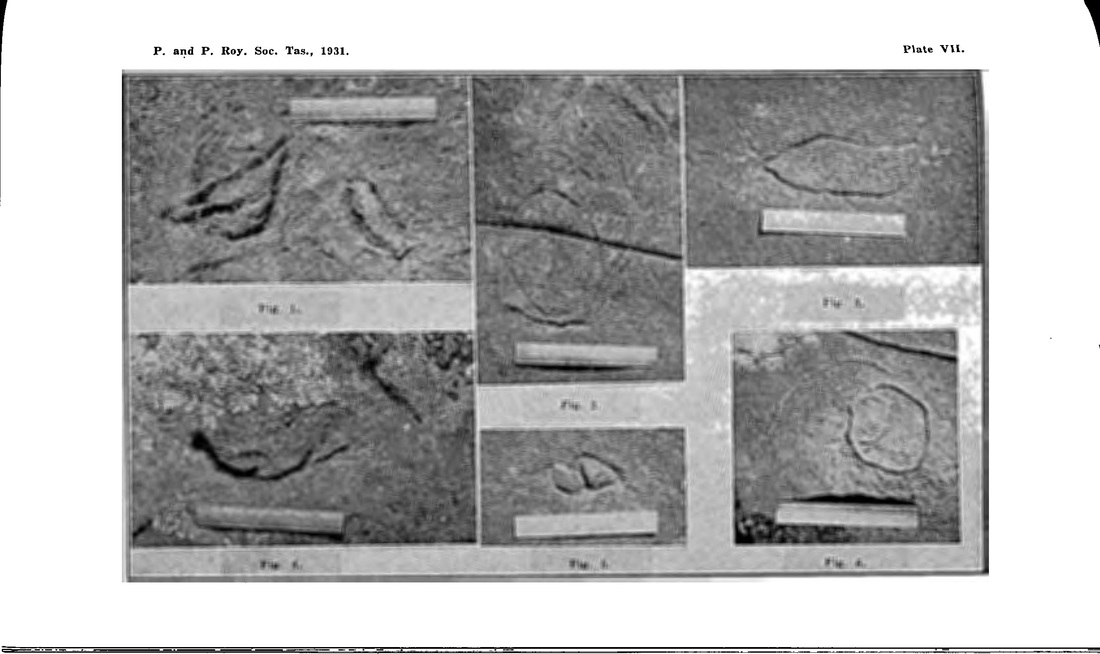 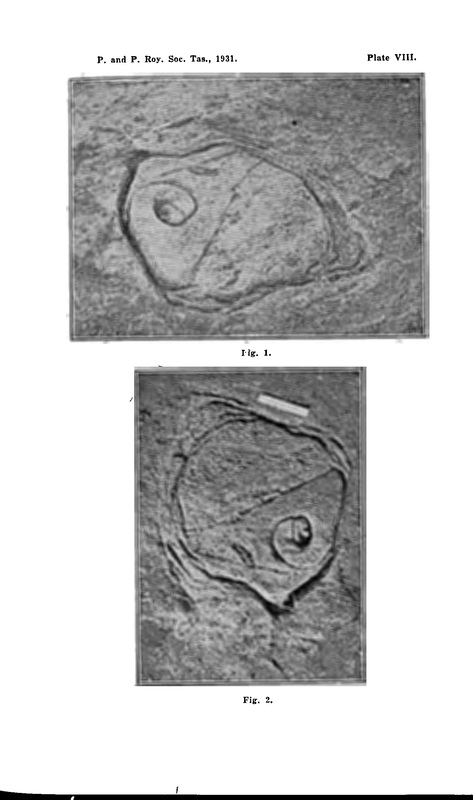 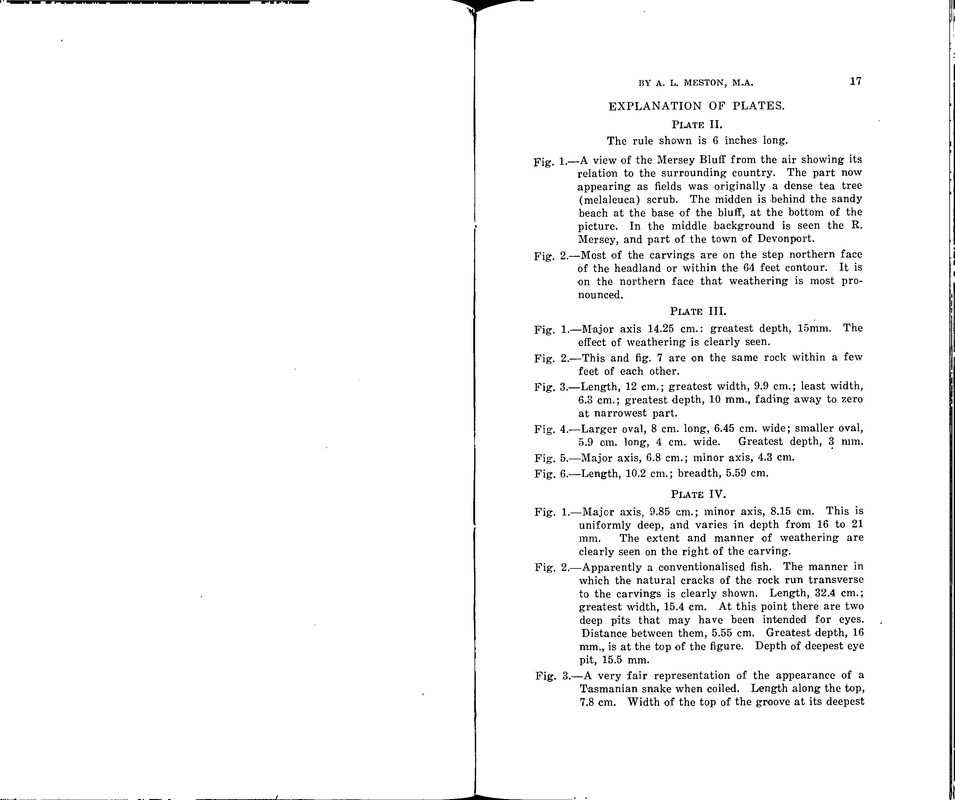 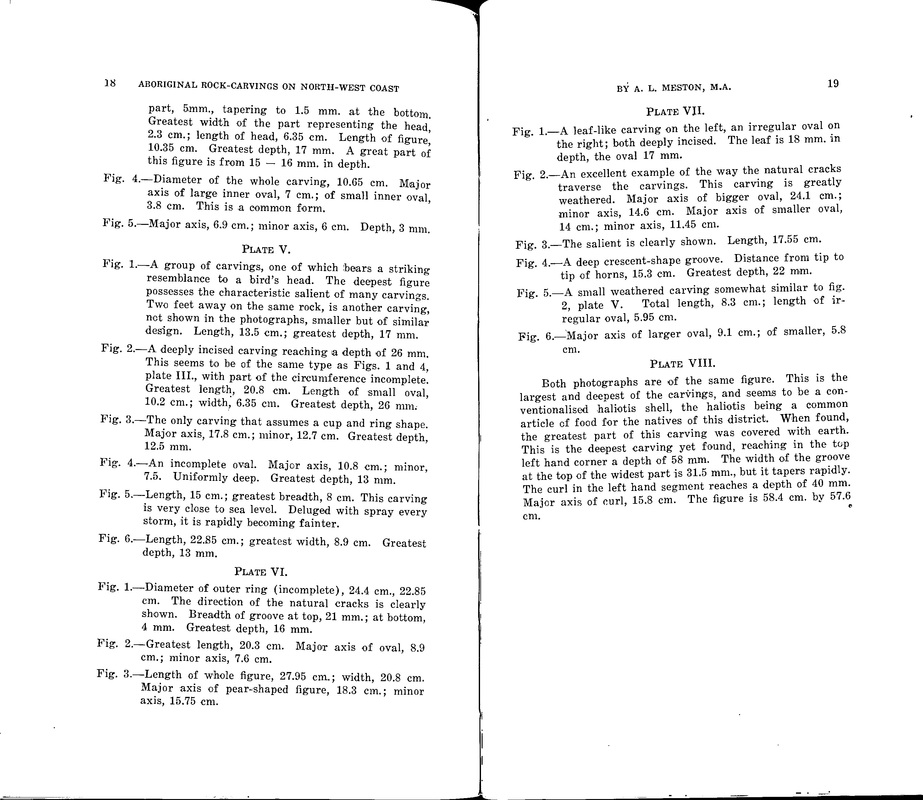